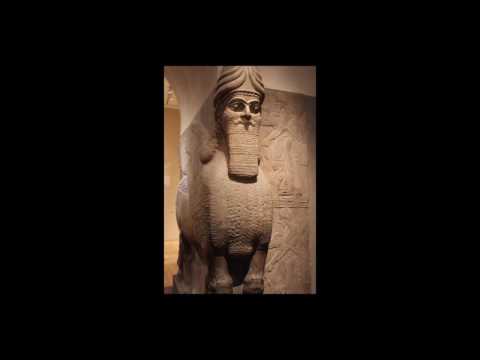 Also known as the Lamassu This specific pair was excavated from Mesopotamia, Nimrud also known as Ancient Kalhu It Dates back to 883-859 B.C. during the Neo-Assyrian Period